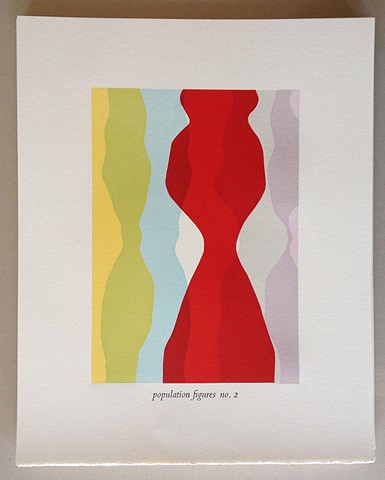 Population Figures no. 2
next >

This print was produced alongside a new Big Jump Press artist’s book, Figure Study. This project is a collaboration between Sarah Bryant of Big Jump Press and David Allen, a biology professor at Middlebury College in Vermont.

Each layered figure represents population data for two geographical regions. Using data from the 2014 mid-year projections of the us Census Bureau’s International Data Base, we created population pyramids for every region on earth and paired them at the peak to create human-like forms.