Big Jump Press is pleased to announce the release of The Radiant Republic, built entirely out of language found in Plato’s Republic and Le Corbusier’s The Radiant City. In these texts, separated by more than two thousand years, Plato and Le Corbusier each describe a city plan designed to provide a framework for morality and ethics. These works are revered, but they are also deeply troubling.In The Radiant Republic, language from Plato and Le Corbusier has been combined to create a narrative in five parts. Each part is bound separately, and features a portion of an interlocking landscape with no fixed beginning or end. The project is housed in an elaborate enclosure featuring elements of wood, cement, and glass. Letterpress printed in an edition of 50 copies and completed in 2019. 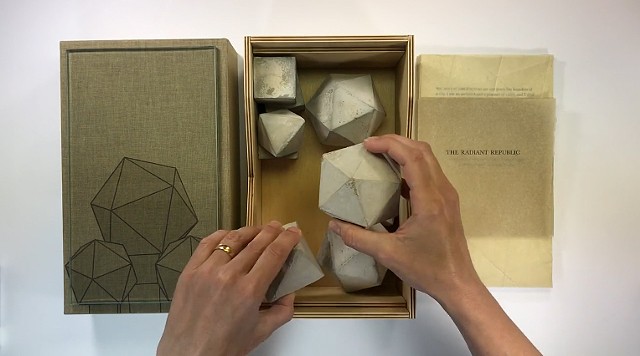 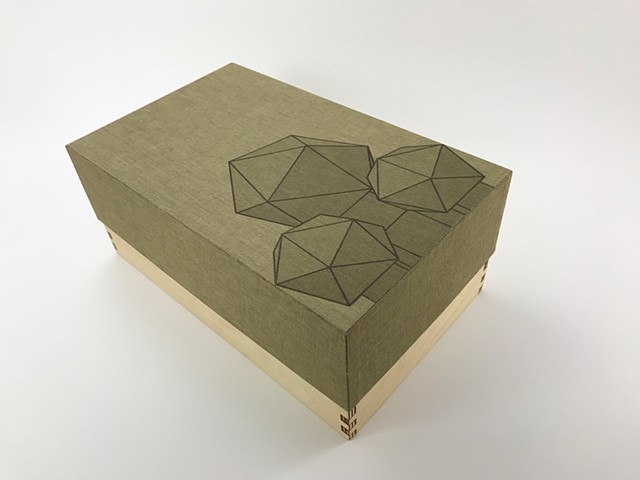 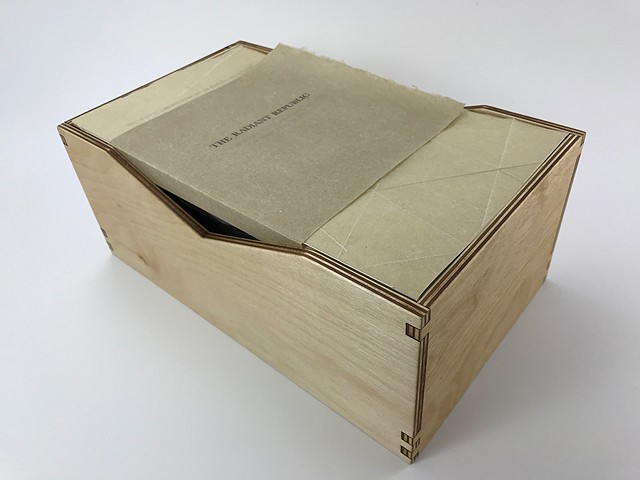 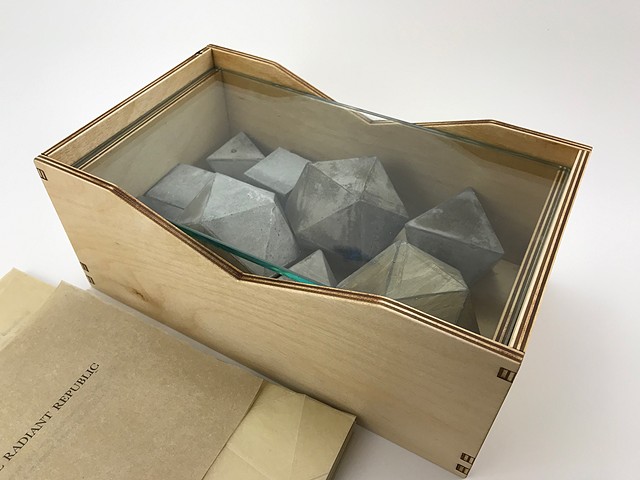 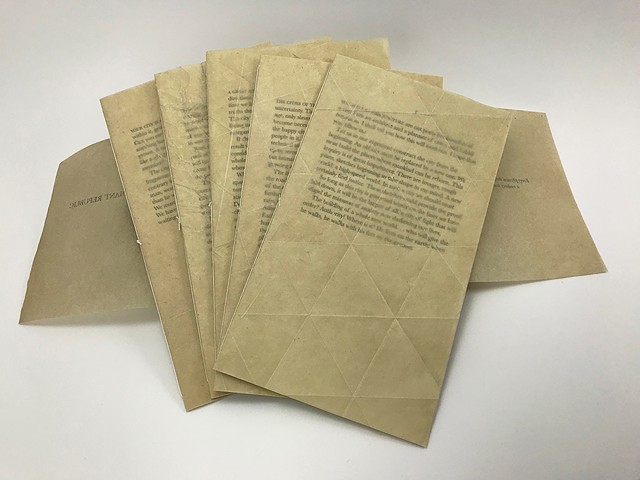 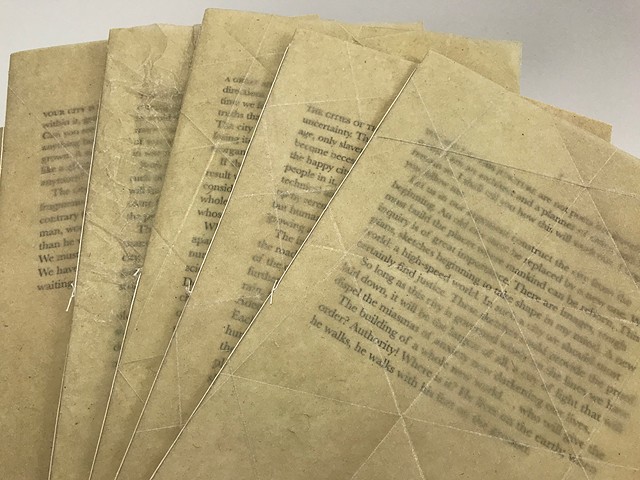 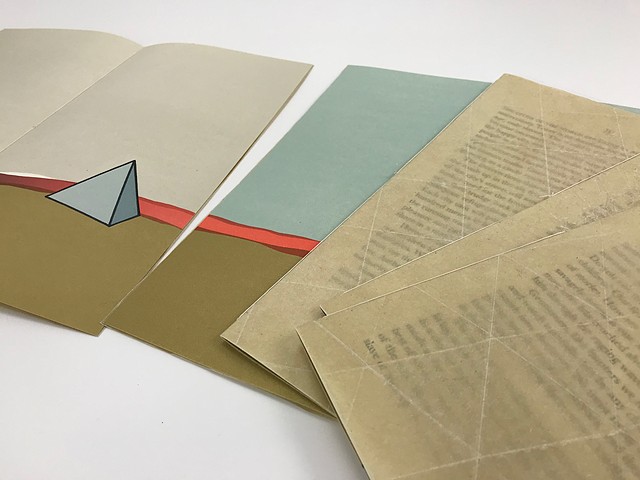 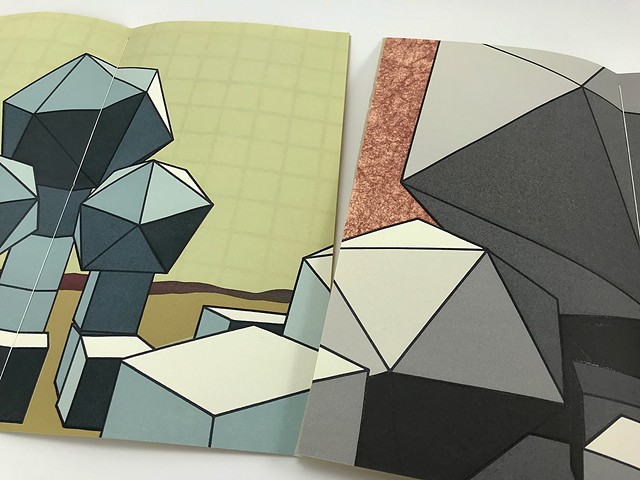 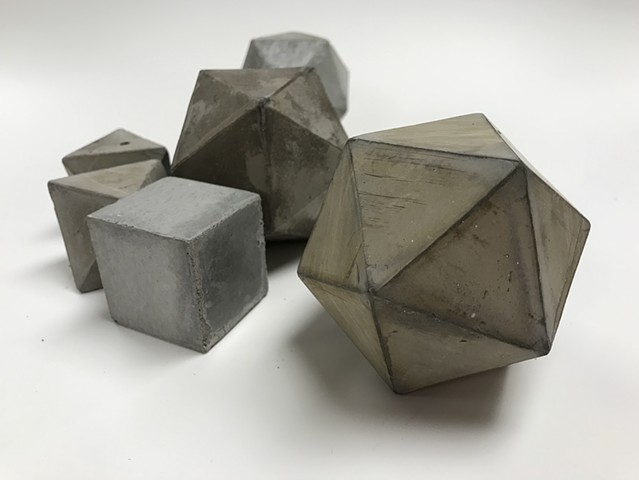 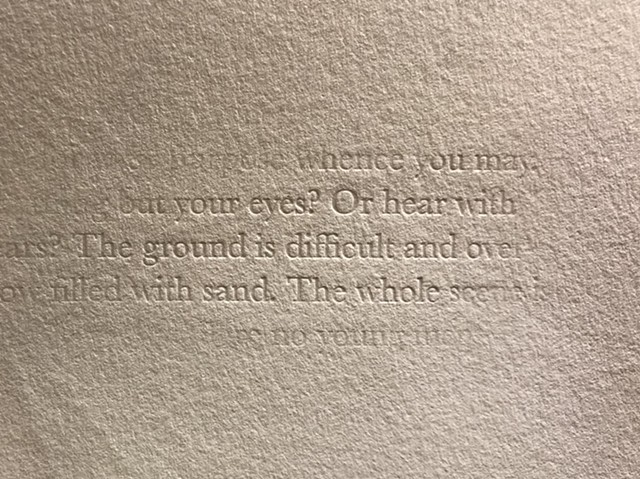 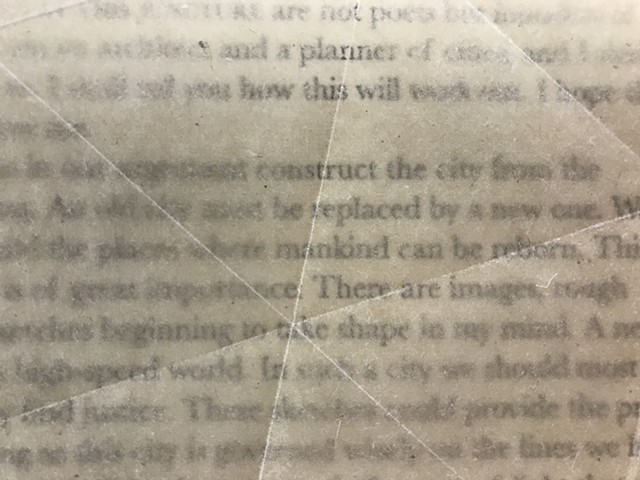